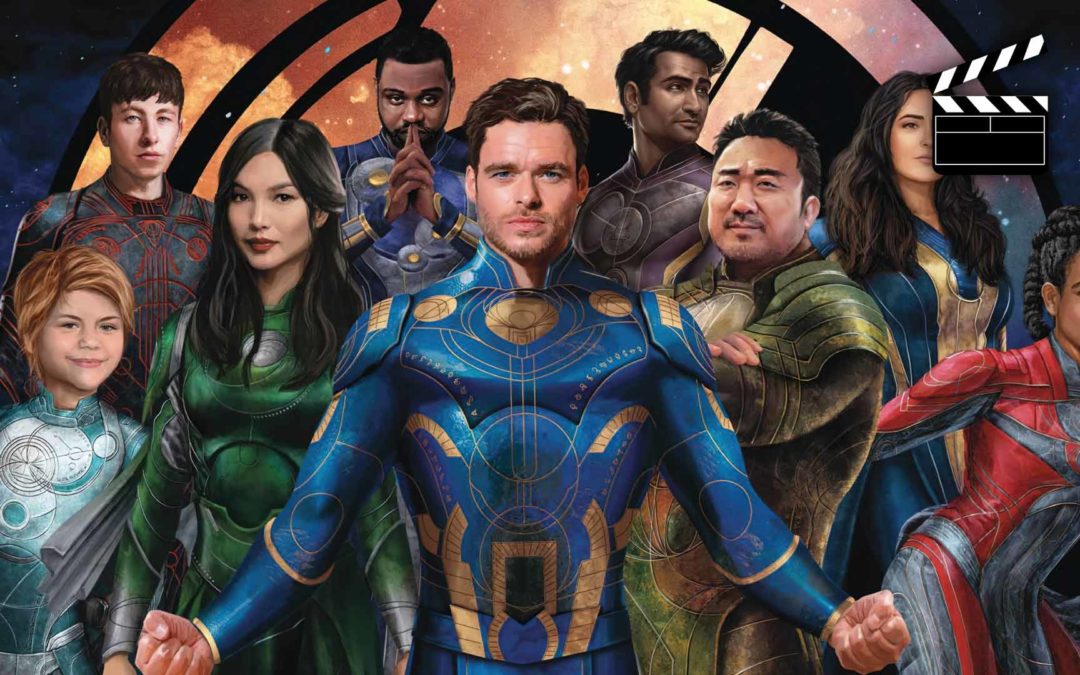 After the return of half the population in Avengers: Endgame (2019) ignites “the emergence”, the Eternals—an immortal alien race created by the Celestials who have secretly lived on Earth for over 7,000 years—reunite to protect humanity from their evil counterparts, the Deviants.

So, I was incredibly underwhelmed when the first trailer for “The Eternals” was released, but after the second trailer my interest was peaked and I got a lot more excited. After finally watching the movie I can say that I have… mixed emotions about the film. For the most part, I loved it, but there were specific moments and elements that just didn’t sit well with me. In this review I am going to do the typical compliment sandwich and flip-flop between the things I liked, and the things I didn’t.

Firstly, the ensemble cast was amazing! The standouts were of course Richard Madden as Ikaris, Angelina Jolie as Thena and Don Lee as Gilgamesh. I just wish these characters could get their own solo films because their performances were so charismatic and lept of the screen! The rest of the ensemble was enjoyable as well and really did a good job of portraying protagonists who didn’t always agree but wanted to do what was right. Their intimate relationships also helped raise the emotional stakes of the film and raise the tension higher.

One of my biggest dislikes of the film was the tension and consequences of the film itself. The MCU has become full of world-ending events where if the heroes fail, the whole world will be destroyed. While I understand tensions need to feel tenser and situations more dire sequel after sequel – The heroes have become so disconnected from humanity. We no longer see heroes save everyday people. Saving Individuals seems like a thing of the past as heroes are too busy to care about ordinary citizens.

Another positive was the way the film tackled the theme of morality and what could be considered “right and good”. The movie really tackles this idea of good being subjective with many different perspectives and I loved that! But the final dislike was the truly forgettable primary antagonist. There are roughly 3 villains in this film, but the primary bad guy really went out with a whimper.