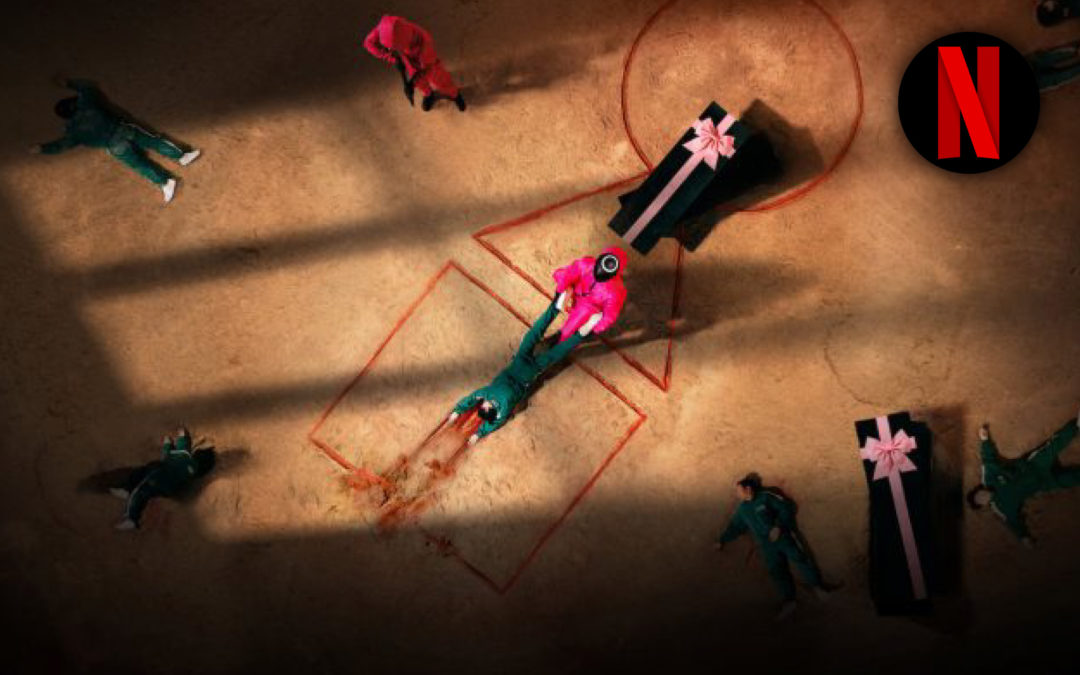 Squid Game is a 2021 South Korean television series written and directed by Hwang Dong-hyuk. The nine-episode series, starring Lee Jung-jae, Park Hae-soo, Wi Ha-joon and Lee Ji-ha, tells the story of a group of people who risk their lives in a mysterious survival game with a ₩45.6 billion prize.

Squid Game gave me exactly what I was hoping for when I saw the trailer! A suspenseful series fulling a group of down on their luck protagonists who need to participate in a series of games in order to survive. While similar concepts have been handled in films many times before, “Squid Game” is able to approach it in a new way with the series of games appearing ever so innocent before the twist is revealed.

The actors did a fantastic job of portraying characters who were desperate enough in life to put themselves through danger, just for a monetary prize. They did a great job of balancing the line of hope and despair. The actors were definitely assisted with the great script which really gives each character their personalities and moments to shine and develop.

There is a fantastical contrast between the characters participating in childlike games, with the consequences of losing being death. This paradox is only exemplified by the incredibly unique soundtrack which is able to capture the innocence of a childhood game, while also creeping in the more horrific elements and undertones.