Is “My Unorthodox Life” a mockery of Jewish Culture? 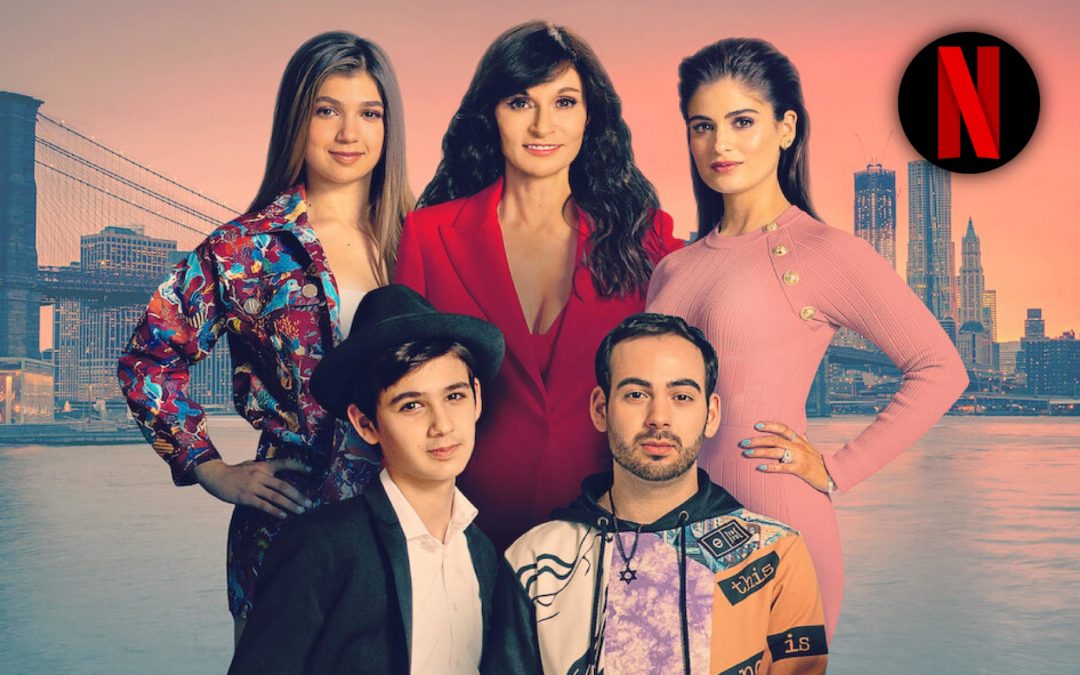 Is “My Unorthodox Life” a mockery of Jewish Culture?

After my initial review of “My Unorthodox Life”, my comment section quickly blew up with many calling the show disrespectful, untruthful, and deceptive – especially in regards to the portrayal of Orthodox Jewish Culture and Communities. The recently released reality series is experiencing a lot of backlash. In this analysis, I break down my honest and true feelings about the reality series, Julia Haart, and its depiction of Jewish culture, customs, and faith.

My Unorthodox Life – A Mockery of Jewish Culture?

My Unorthodox Life – A Mockery of Jewish Culture?

Introduction to “My Unorthodox Life”

My Unorthodox Life is a reality television series that follows the personal and profession life of fashion mogul Julia Haart, a former member of an ultra-Orthodox Jewish community. The show paints a rather unlikeable and negative image of the Orthodox Jewish and culture, but is that warranted and fair?

The truth of The Jewish Community

If you read the comment section of my original YouTube review for the show you will see countless comments and first-hand witness accounts of people who knew Julia Haart – All of which completely contradict what she said in her show. People who knew her or were in her community mentioned how she has lied or twisted the truth to spin a false narrative within the show. So here we have a textbook example of one voice against many others. Who should we believe in this case?

Is Julia Haart a reliable narrator?

Julia hearts character and honesty are already in question, but what does the show itself tell us about her? Well, the show informs us that this is Julia Haart unscripted and uncensored – So according to the show, it is 100% true Julia Haart in action.

So if we look at her actions and conversations in the show, what do we actually know about her? Personally, after watching the show, I felt that she tended to be a rather selfish, manipulative individual who will get upset the moment things don’t go her way. You can see this take place in the way she acts and responds around her children and when she returns to the community from which she ran away.

The first example of being selfish or rather acting out of spite takes place when she returns to the community to visit her son who still stays with her ex-husband. During this scene we are reminded that the Jewish people are incredibly conservative when it comes to their dress code, so what does Julia do? She wears THEE most revealing item she has worn so far on the show – For no reason other than to offend and be spiteful.

While simply reading this without context might paint an image of a woman fighting for equality or the right for women to wear what they want – It truly isn’t the case. This was purely done out of spite and resentment, in an attempt to offend.

There are also multiple occasions where Julia will deliberately involve herself in her children’s relationships and marriages despite them stating they would prefer if she didn’t. Julia enforces rules on her eldest daughter and her husband that she truly has no right to, and when he husband tries to peacefully explain their reason Julia will explode upon him with pent-up rage.

Whenever the husband shows traits that are too modest or Jewish, Julia will confront him and cause another argument. In every situation Julia is just an outsider, it is not her marriage, yet she will attack anything that even vaguely reminds her of the Jewish Community. We see this again when she has a mental breakdown as her youngest son wants to spend more time focusing on his jeiwsh studies.

I do not believe anything Julia Haart says in regards to the Jewish community can be taken seriously. She is far too emotionally involved to give any credible or unbiased information.

The love of the Jewish Community

One of the only scenes we see within the actual Jewish Community takes place when one of Julia’s daughters wishes to tell her father that she will no longer keep his surname as she no longer identifies herself with the name or the Jewish community. Imagine that… Your daughter telling you she no longer wants to share your name or culture.

And what was his response? To hug her and tell her that he loves her. He was supportive even though her decision hurt him and he personally disagreed with it. This is a stark contrast to the behavior we have seen from Julia Haart who will oppose or fight with anyone who disagrees with her.

My Final Thoughts about My Unorthodox Life

Honestly, I believe that the series is full of lies and twisted truths and shouldn’t be used as a realistic portrayal of the Jewish Community. The series was clearly made with the hopes that drama would carry the story forward and there is such a large focus on the inter-personal drama that it can almost become sickening. It is obvious that the show wanted to portray the Jewish culture in a negative light and that is why Julia is the only person who gives any information about the community and her time within it. The show also dances around the more difficult topics. Julia often talks about the fact that she left the faith, but never explains why.

The show cares more about drama and potential views than any form of truth.