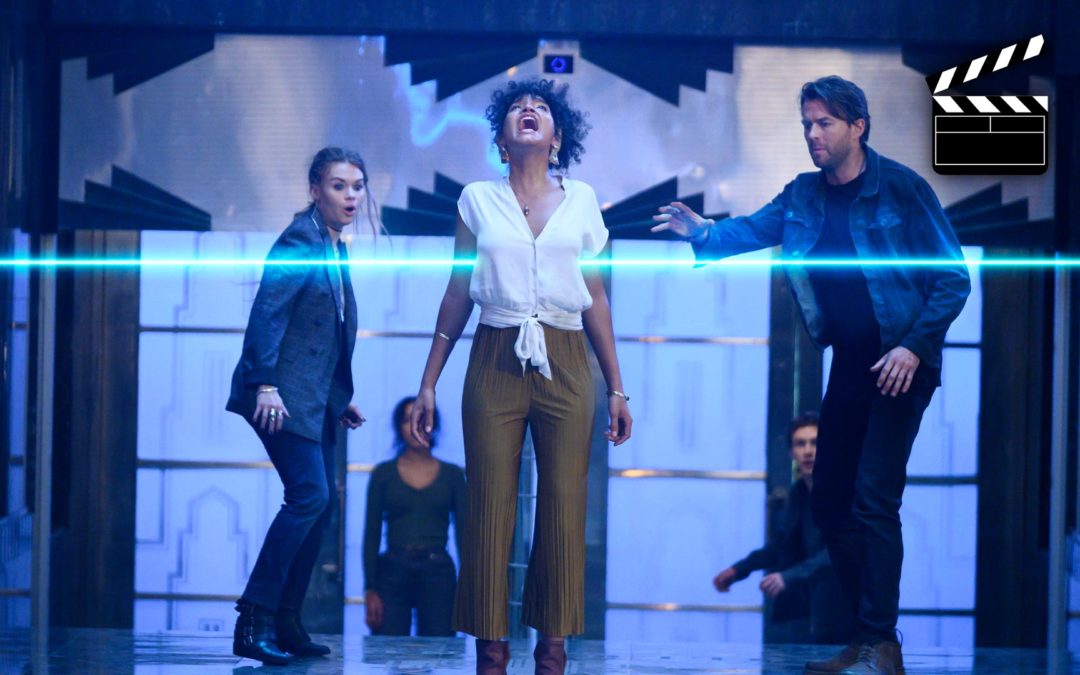 Acting as a direct sequel to Escape Room (2019) six people unwittingly find themselves locked in another series of escape rooms, slowly uncovering what they have in common to survive — and discovering they’ve all played the game before. The sequel increases the tension, drama and puzzles!

Escape Room: Tournament of Champions is a brilliant example of how a sequel can work effectively. Continuing the story organically, raising the stakes considerably but keeping the identity of the original film intact and never going overboard or too far out the scope of the original.

The film continues the story of Zoey Davis as she tries to recover from the events of the first film. While on a trip to expose the villainous corporation “Minos” Zoey becomes trapped in another series of Escape Rooms with five other individuals, all of which have won their freedom from previous Escape Rooms.

The star of this movie is of course the rooms themselves and the puzzles within them. They are the attraction and why we watch and enjoy the Escape Room movies. Thankfully these rooms are incredibly engaging and of course, with each room, the puzzles get gradually more difficult and complex. I was personally able to figure out the first two rooms at the speed of the protagonists, if not sooner. But from room 3 onwards I would probably be a goner!  The film also had quite a few instances of clever foreshadowing scattered throughout the film (Which I will not reveal here for spoiler reasons). But with the combination of puzzles from the escape rooms and the foreshadowing, there is more than enough to keep an attentive viewer engaged.

The performances from the core actors are also really engaging. While some might get fatigued with the constant screaming between characters there is a lot of nuisance to their performances. When the characters shout, it’s with reason and is a good illustration of their motivations. Some scream out of fear while others do so out of confusion. these slight nuances make the film and the performances within it incredibly engaging!