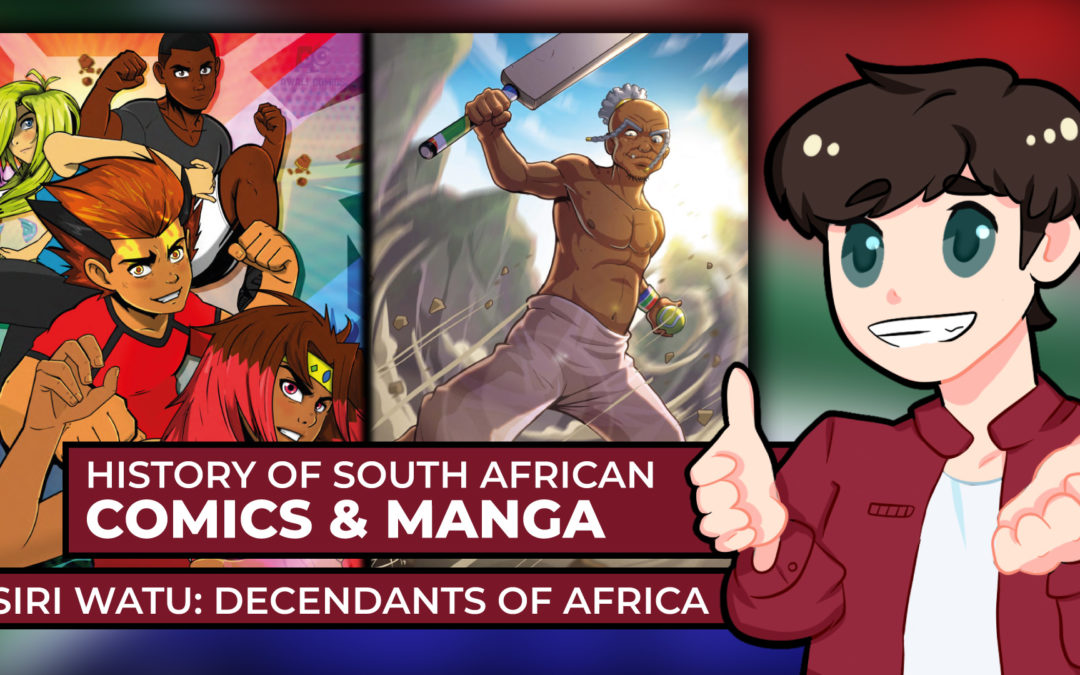 “BONZO” is a word used specifically for African comics and cartoons. Having an individual term allows for South African’s work to manifest different storytelling conventions and narrative ideas without existing western or eastern preconceptions, as well as allowing South Africans to explore uniquely African art styles and concepts. The word is derived from the Swahili word ‘Kibonzo’, meaning ‘cartoon’, but also shares meaning in Shona as the word ‘bone’; as many South African cultures believe that stories are the bones by which a culture is held together, and this shared meaning reflects our pan-African roots.

Afro-Manga is a relatively new phenomenon in South Africa considering that Siri Watu is the very first Bonzo/Afro-Manga. This is not to say that South African comics have not existed in the past. Properties such as Supa Strikas debuted in 2000 and continues being produced to this day, as well as a cartoon adaptation with 7 seasons. Afro-Manga is also not to be confused with Afri-Comics – A propaganda peddling company from the ’70s in Apartheid stricken South Africa. Two popular pro-apartheid comic book properties from this company were Mighty Man and Tiger Ingwe.

As consumption of comics and Manga in South Africa increases – we can only hope to see a rise in the number of Bonzo comics and Afro-Manga.