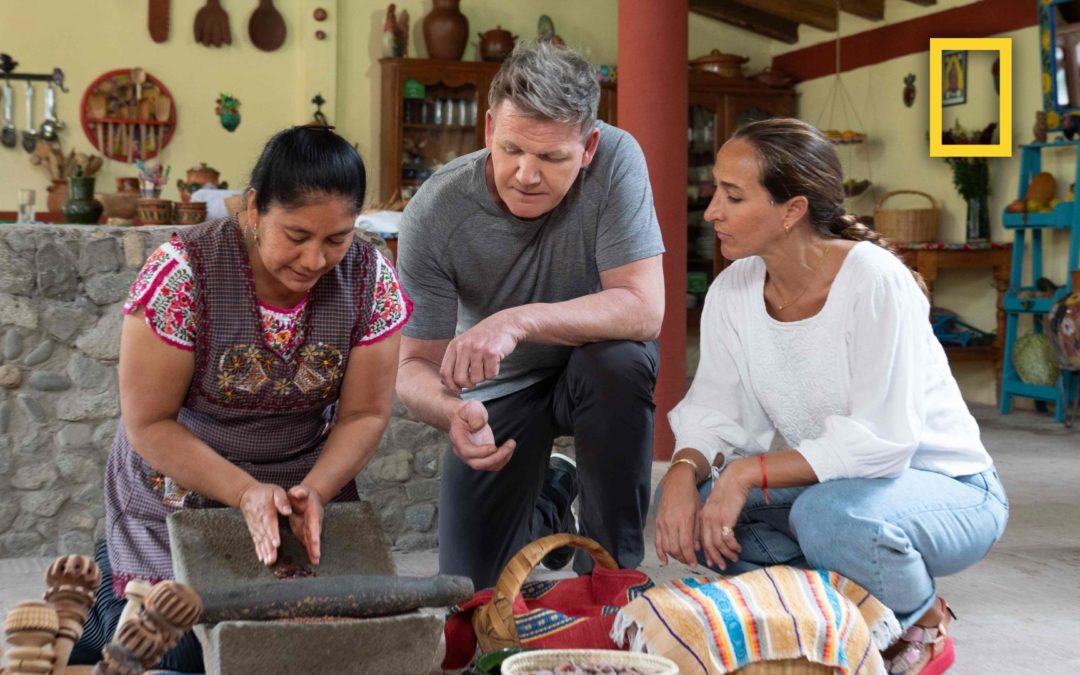 Celebrity Chef Gordon Ramsay travels around the world to immerse himself into different cultures and cuisines. He then interacts with local chefs to learn and compete with them.

Gordon Ramsay: Uncharted has been a great departure from the usual kitchen-based ventures that we have seen through the likes of Hell’s Kitchen and Kitchen Nightmares. Season 3 continues the trend of exotic locations and cultures resulting in incredibly unique recipes and dishes.

Not only did Gordon Ramsay explore unique locations and dishes, but participated in incredibly engaging and exciting activities, all of which he would use to make his dishes. Whether it is as simple as cutting down a tree for wood or churning butter with a 150 year antique to activities as exciting as herding on horseback and diving in the ocean to fish for some Mutton Snapper.

During these activities, Gordon interacts with locals in the community who will teach him about their local dishes and compete against local chefs as the two compete to see who the better chef is.

The only thing fans of Gordon Ramsay’s other shows may feel is missing from this series is the distinct lack of emotional turmoil. Gordon Ramsay made his name in shows like Hitchen Nightmare and Hell’s kitchen where drama and tension, as well as breakdowns and freakouts, were the name of the game. Ramsay quickly built his reputation on berating his chefs and having a swearing like a sailor… That drama and raw emotion is no longer present as the focus is placed on Gordon and the positive relationships he builds with the chefs and locals he meets through his travels. While this is in no way a bad thing, fans of the stereotypical Gordon “Where is the Lamb Sauce” Ramsay may feel like it is lacking in the drama department.